HOW DOES IT FEEL TO BE PART OF TEAM GB, AND HOW PRESSURED IS IT IN THE MEDLEY RACE? Team GB is one of the most prestigious and exclusive teams in the world and it feels incredible when you represent them at either a world championship or the Olympics. The pressure is obviously part of the job so I have learned to embrace it. Working with psychologists for the past few years has really helped me d evelop the ‘arena skills’ that I needed to perform.

HAS TRAINING BEGUN FOR THE TOKYO 2020 OLYMPICS? The training for the next Olympics is never really ending as you’re always looking forward to the next one. However, I try and see the Olympic four-year cycle as a linear path with my performance reaching its peak at each Olympic Games. I manage my time, energy and training to reach that level of performance when I need it most.

WHO ARE YOUR SWIMMING HEROES, PAST AND PRESENT? To be honest I’ve never really had swimming heroes. Obviously, every swimmer would say Michael Phelps – and I – but I’ve always loved boxing and athletics. Muhammad Ali and Usain Bolt are my heroes for their ability to grow their respective sport and turn it into something everyone wants to watch.

WILL THERE BE A SERIES AFTER THE WORLD AQUATICS CHAMPIONSHIPS THIS YEAR? Possibly. There is an emerging professional league called the International Swimming League (ISL), in which athletes get paid their fair share but also have the ability to grow the sport in the 21st century.

HOW MANY COMPETITIVE SWIMS ON AVERAGE DO YOU COMPLETE IN A YEAR? I can’t give you a number. I’ll just say a lot! I fi nd the best way to perform at major events such as at the Olympics is to race as regularly and consistently as possible. This helps when you’re racing the best in the world – it keeps the pressure on and lays down your markers for everyone to see. Sport is 100% a mind game with yourself and the people you’re racing.

YOU’VE SMASHED YOUR OWN 100M BREASTSTROKE WORLD RECORD. IS THIS YOUR ULTIMATE RACE, OR DO YOU PREFER THE 50M SPRINT? I love the sprint but I also love coming back faster than anyone else in the 100m, so I enjoy both as much as each other. The 50m isn’t in the Olympics so I have to keep the 100m in anyway. It pays o to do both as they complement each other.

WHAT’S THE BEST POOL YOU’VE EVER SWUM IN? I love the London Aquatics Centre. I swam there for the fi rst time in 2012 [at the Olympic qualifi cation event]. I’d never been in such an amazing – and big – arena. I didn’t qualify then as I was still very young and inexperienced, but the qualifi cations gave me a taste of what it would be like. A few years later, I broke my fi rst 100m world record there.

YOU’RE A MASSIVE INSPIRATION TO YOUNG SWIMMERS. HOW IMPORTANT IS IT FOR YOU TO CHAMPION YOUR SPORT? Incredibly. If any athlete at the top doesn’t believe in giving back to the grassroots or people who look up to them, I don’t think they deserve to be in that position. It’s easier than ever today to reach out to millions of people. Keeping people inspired with my journey is something I’m very passionate about.

WHEN YOU’RE OUT OF THE POOL, WHAT’S YOUR SIGNATURE LOOK? I love shopping and I love going out at the weekend with friends, so I always like to switch up my style. I’m a sucker for ripped jeans in casual environments. To dress up, I wear smart tapered trousers with a polo neck and nice shoes (Louboutins are my favourite), and a jacket if appropriate. Whatever I wear, I always want to feel comfortable. Having the right fi t around the shoulders is vital – I’m a swimmer, so I have enormous shoulders.

WHAT ARE YOUR FUTURE GOALS? To be one of the best swimmers ever is what keeps me ticking. 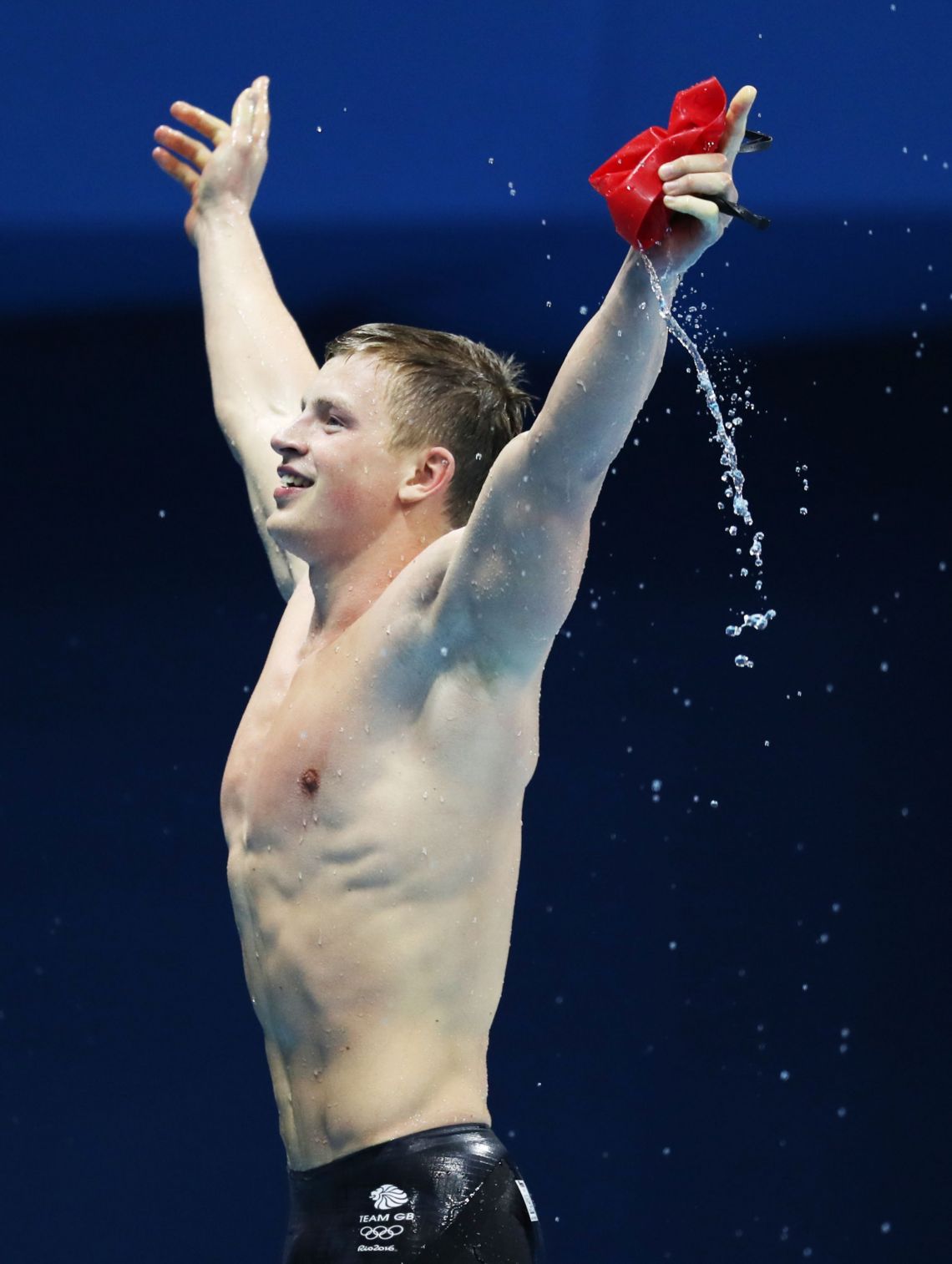 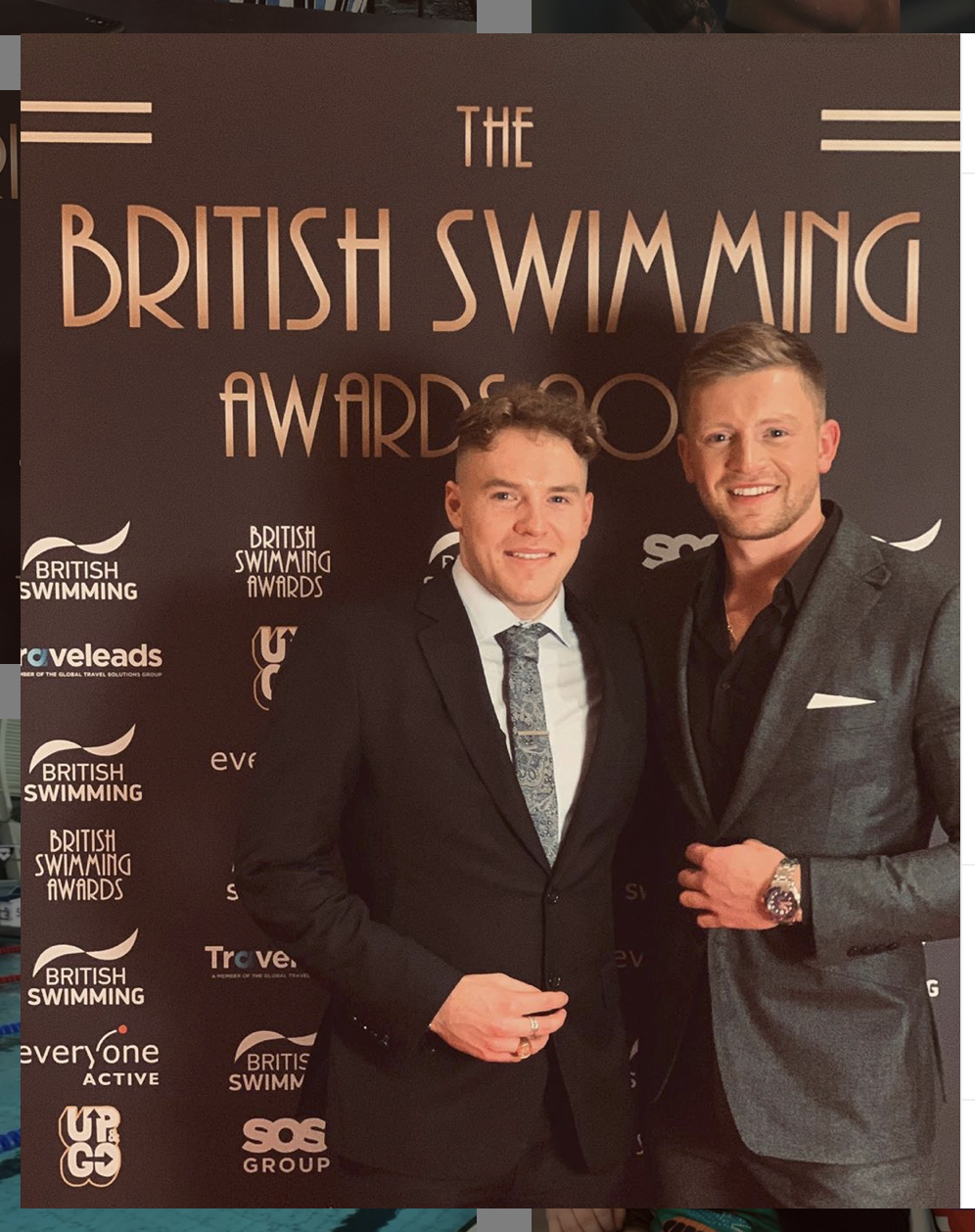 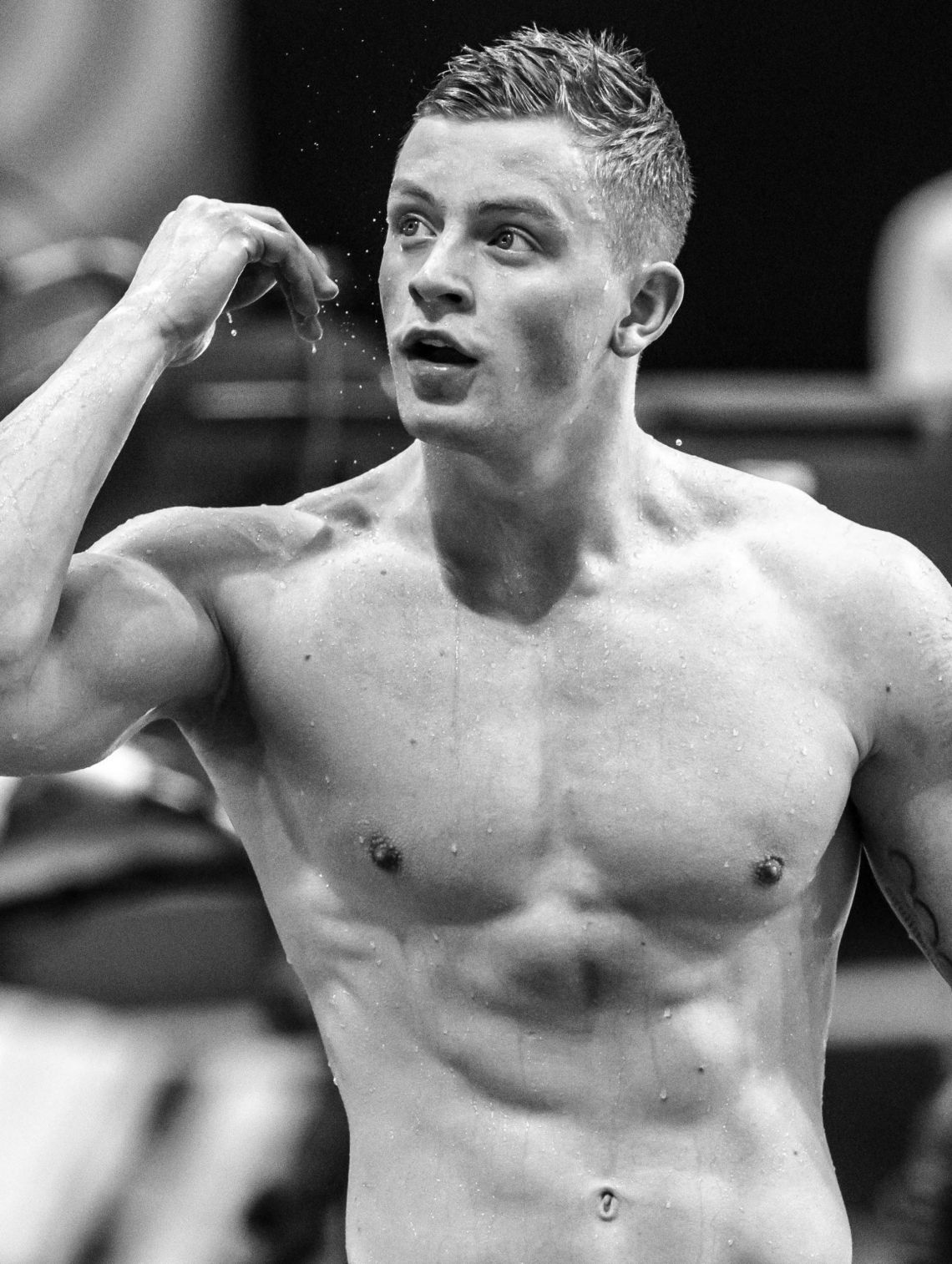