Our first female ambassador, Kelly Sotherton MBE,  is a former Heptathlete with a long and successful career including an amazing three Olympic medals, Kelly has been intrinsically linked to the Commonwealth games for 20 years and is now taking on a leadership role at the upcoming Birmingham games. She is in charge of picking the Track and Field team - no easy task when it comes to selecting ninety-one pro athletes.

“The best part is working with teams to achieve their dreams; the worst part is disappointing people when they are not selected.”

Despite retiring from active sports in 2012 Kelly has stayed very close to the world of athletics as she has been involved with UK sports leadership programmes alongside media appearances for the likes of Talksport and FiveLive. Even with all these commitments Kelly still finds time to coach and mentor in Athletics.

Having worn tracksuits since the age of nine tailoring is very much out of Kelly’s comfort zone, Matt our head tailor was on hand to help steer things in the best direction. The suit they struck upon was made in a performance wool with a natural stretch to allow that crossover of comfort and style, so Kelly feels like a leader. Master Tailor Matt said:

“I really wanted Kelly to feel comfortable and together we opted for a classic blue and to compliment Kelly's statuesque figure I suggested a long line fit, it worked out beautifully and is a real classic”

The Commonwealth Games kick off on the 28th of July when the city will be taken over by sports with new purpose-built arenas alongside a revamp of Kelly’s old stomping ground the Alexander Stadium, the opening and closing ceremonies will take place here, before this though Kelly will be one of the Queen’s baton bearers where she will take it on the last leg of its journey after crossing 140,000 kilometres as it visits all 72 nations of the commonwealth. Kelly said:

“It was a real honour to be selected as a Queen's Baton Bearer in my adopted hometown, it will really be special after all the things we've been through to bring the games to Birmingham” 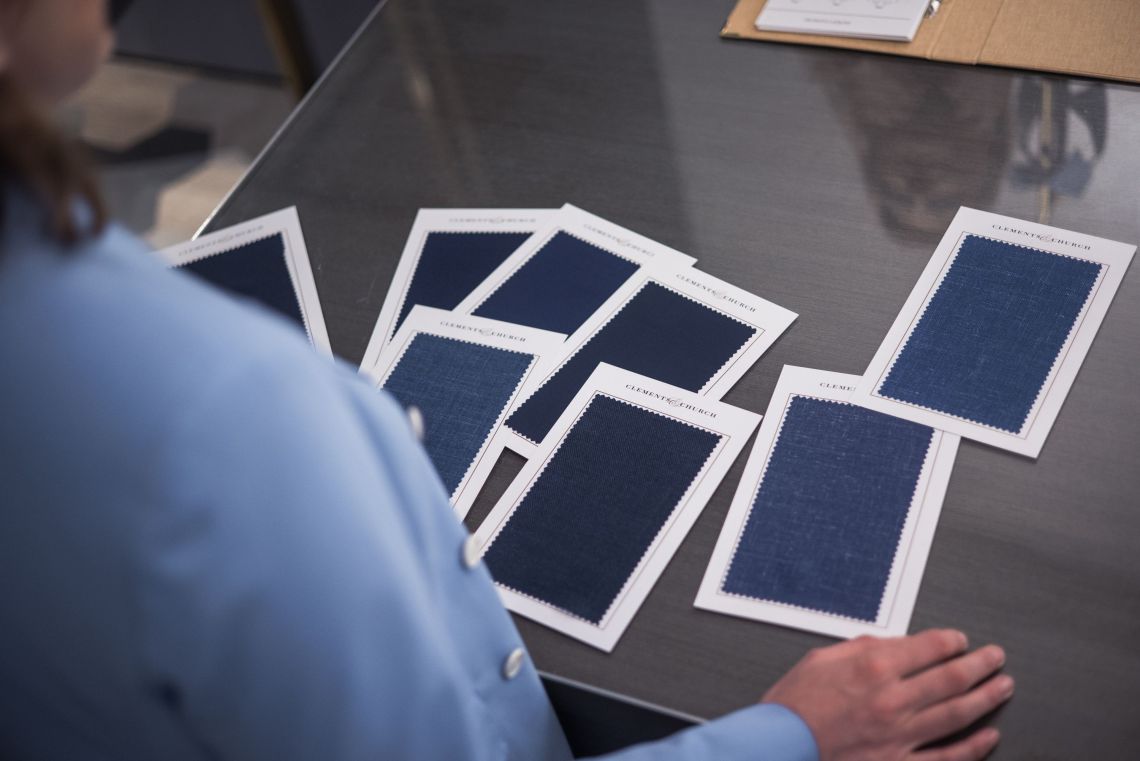 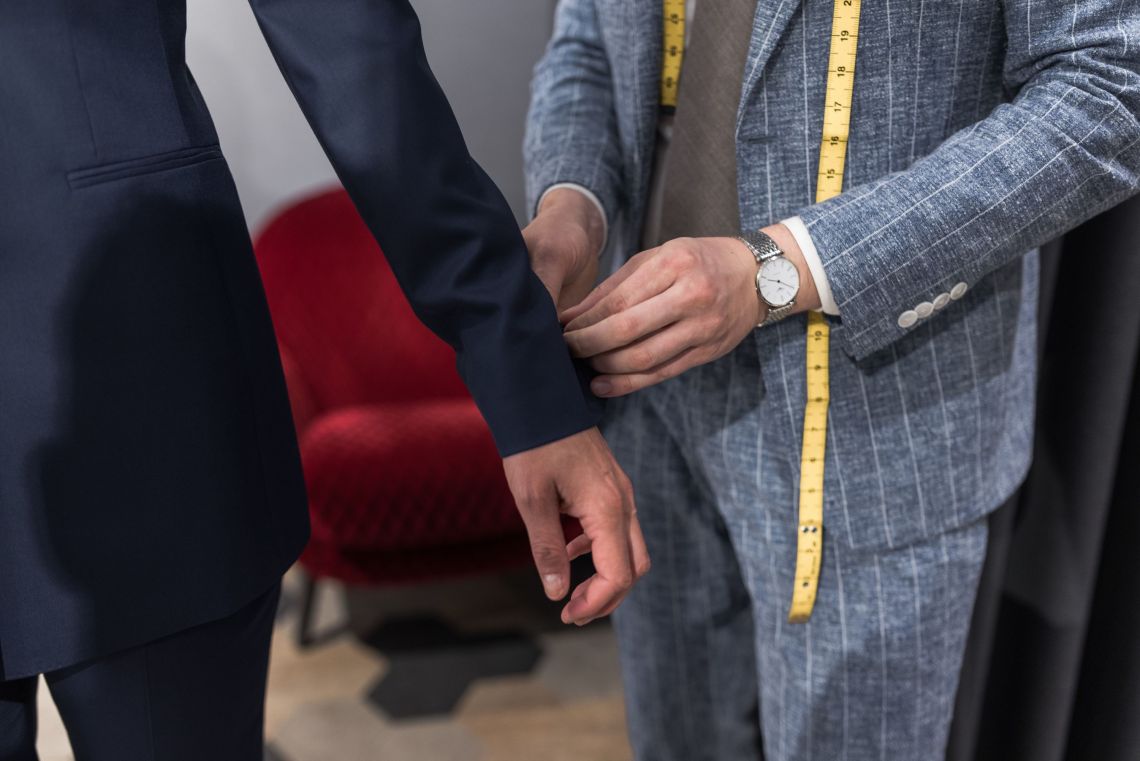 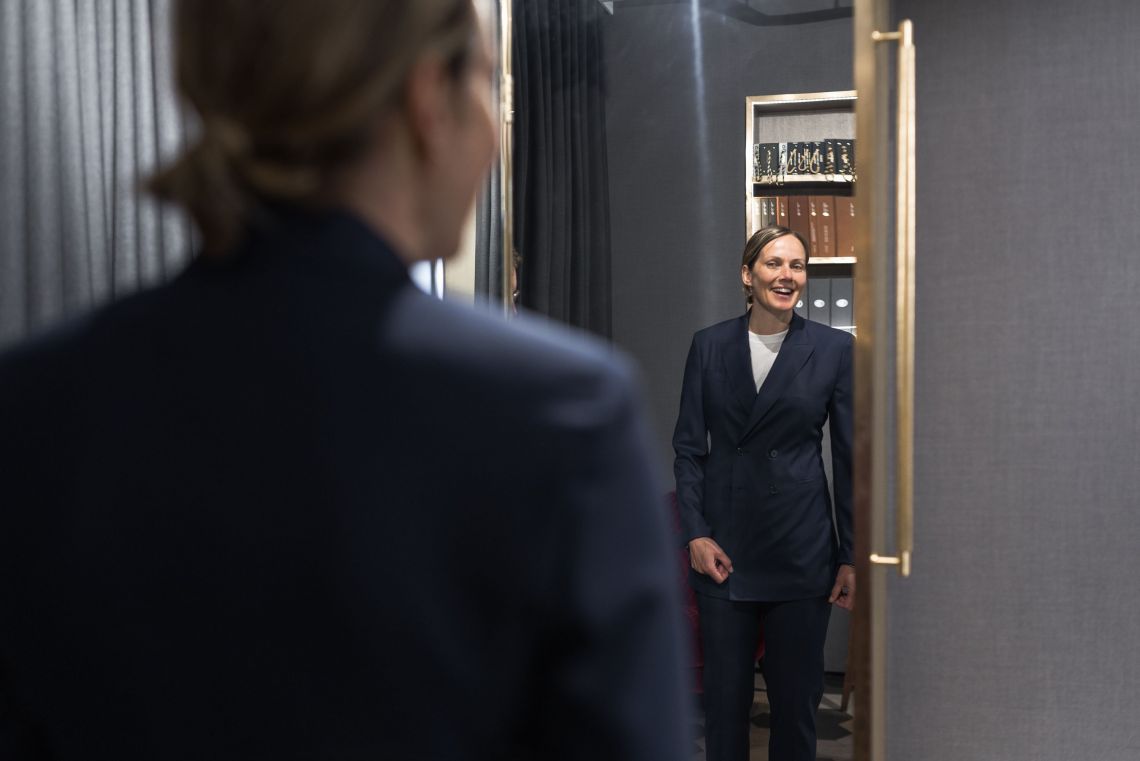