Former Wolves goalkeeper Matt Murray talks about the highs and lows of his career in football. As a goalkeeper, he spent his playing career at Wolverhampton Wanderers, making precisely 100 appearances, including one in the Premier League. His career was curtailed by numerous injuries, and he retired at the age of 29.

‘Football is the best job in the World! to get paid for playing, doing what you love; travel the world and make friends for life. The only thing I would change is my injuries.’

Murray’s life after playing has been football-filled, coaching and representing keepers as well as his work in the media. He is now regularly seen sparring with the likes of Graeme Souness in the Sky Sports studio. He went viral when he was caught off-camera- checking out his appearance. He explains why clothes are so important to him -

Standing at 6 foot 5..‘It has always been difficult dressing for my height- getting the right length for my proportions. Having custom suits, shirts and jeans has helped me to dress for myself.’

His ultimate goal was to be the first black manager of England, but is happy with his work, especially when it comes to developing young players. He spends much time now watching the game, spotting new and established talent. He won’t get involved unless he has personally seen them on the pitch, as he needs to have belief in the individual when looking for quality and diverse players. With his breadth of experience, he can empathize with the emotion involved in transferring and negotiating contracts.

“If I can play a part in some younger players starting to live their dreams, there is nothing greater than calling a player and telling them good news…’

In terms of style, classic tailoring, slim-cut trousers and jeans worn with shirts and waistcoats are his signature look- most often in classic navy or grey and black. Murray believes how you present yourself is key- ‘When it comes to signing players, my track record is 100% in this grey suit!’ 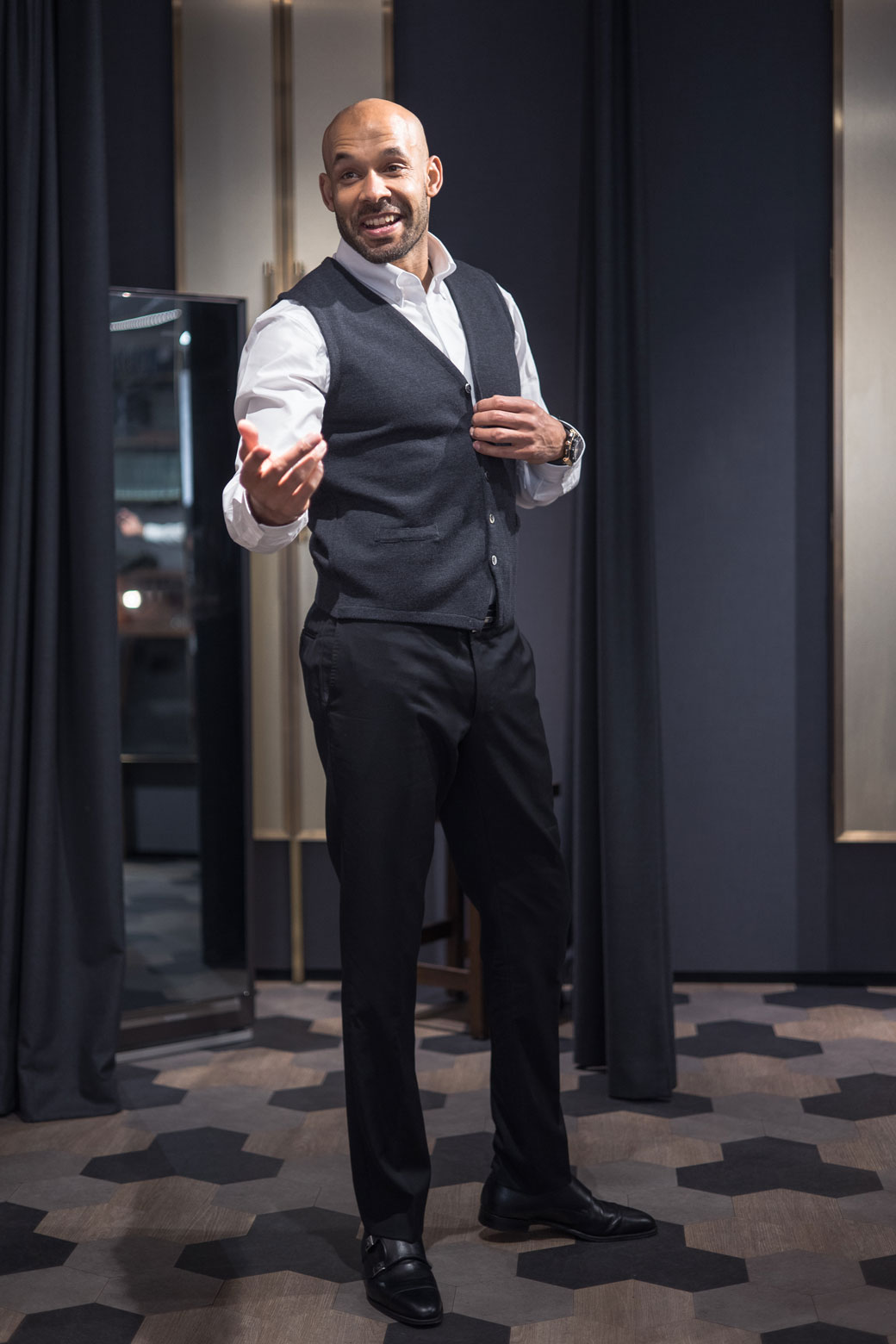 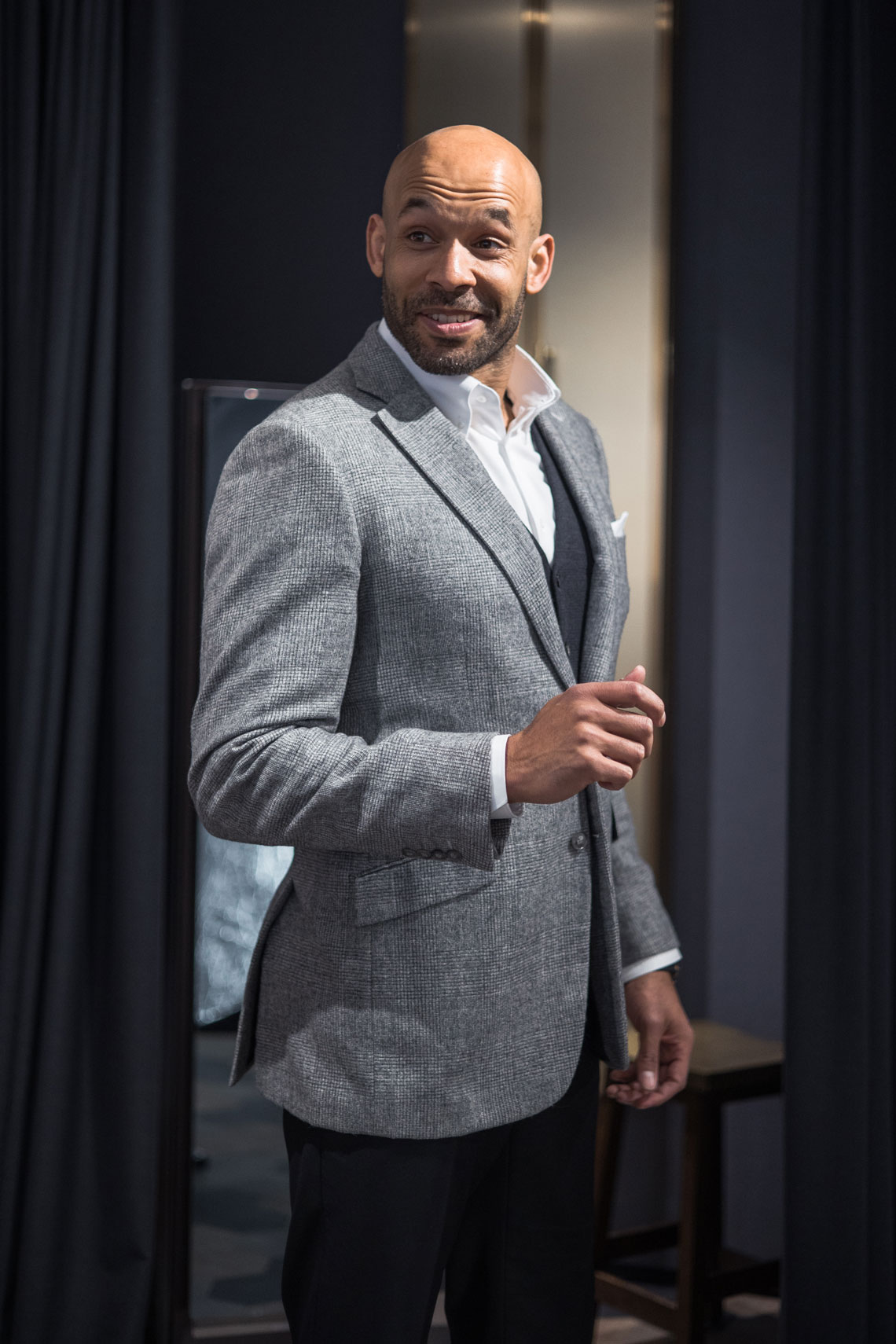