0 Sailor Suits - What To Wear At Sea | Clements and Church

THE SEA SECTION
It takes a certain level of chutzpah on the part of any company to attempt a conversion job. So for luxury British cruise line Cunard to invite me—a non-swimmer with a long-standing aversion to deep water and all forms of sea-faring—on a 3,000 mile trip from New York to Southampton displayed an admirable corporate confidence.

Mind you, it’s not as if they don’t know what they’re up to. In 2020, Cunard will celebrate 180 years of transatlantic voyages and their three liners—Queen Elizabeth, Queen Victoria and Queen Mary 2—are globally acknowledged to be the last word in ocean-going luxury.

Anyhow, long story short, their powers of persuasion prevailed and thus it was that, after a jolly weekend in Manhattan, I was driven to a vast embarkation station in Brooklyn on a sunny Sunday afternoon in late July to board the ‘QM2’.

It’s hard not to be overwhelmed by the sheer size of this vessel. At over 1,100 feet long and weighing in at almost 80,000 tonnes she was, at the time of her maiden voyage, the largest cruise ship ever built and to this day remains the only passenger ship operating as an ocean liner.

Specifically this trip was for Transatlantic Fashion Week—a themed seven-day extravaganza in celebration of the best of UK and US design with presentations, screenings, catwalk shows and ‘QandAs’ from the great and the good on both sides of the pond.

Cunard have been running these annually since 2016 and, as luck would have it, I already knew a number of this year’s participants but it still was a major effort for me to step over the threshold. That said, a vodka martini with a beta-blocker chaser worked wonders and in no time I was installed in my stateroom on the ninth deck greeting my personal butlers—Eugene and Ruel—and beginning my unpacking.

WHAT TO BRING
Deciding on one’s wardrobe for a journey like this is a task of epic proportions as, despite a whole parade of high-end retailers on board, it’s not as if you can nip out to replace the cufflinks you’ve left in your dressing room at home.

There are formal evenings to consider—three of them on this trip—for which black tie is obligatory as well as ‘smart casual’ and ‘daywear’ on top of any swim/sports kit needed to take advantage of the high tech gym or one of the five swimming pools.

High level conferences with Clements and Church had obviously featured in my pre-trip planning so I felt reasonably confident that my various ensembles would pass muster but let’s face it, nothing goes well with a life jacket and, unlike aboard an aircraft, you physically have to put one on during the safety briefing. (Cue visions of Leonardo DiCaprio clinging to the wreckage in Titanic...another ‘beta-martini’ moment).

It also gets colder than you’d expect mid-Atlantic so layering is a wise consideration. I’m a waistcoat fan simply because I admire how they pull a look together but here they took on a new role as insulation in circumstances where a cashmere sweater would have been too informal.

One thing you don’t need to worry about is weight (not yours, your luggage) since there’ll be no disapproving looks nor excess baggage charges even if you bowl up looking like Hannibal about to cross the Alps. Another matter which needn’t be of concern is going over the top as these passengers have turned dressing up into an Olympic sport. One elderly lady looked as if she’d been in a fight with an albino ostrich (the ostrich won...) and the make-up on another was a sort of unholy compromise between the laws of decency and the laws of gravity.

‘PORT OUT, STARBOARD HOME’
I’ll admit it. A life on the ocean wave wasn’t for me. Was it a fun fabulous week? Yes. Would I do it again? No, but if you feel it floats your boat (sorry) contact cunard.com. The 2020 trip sets sail on 24 May. 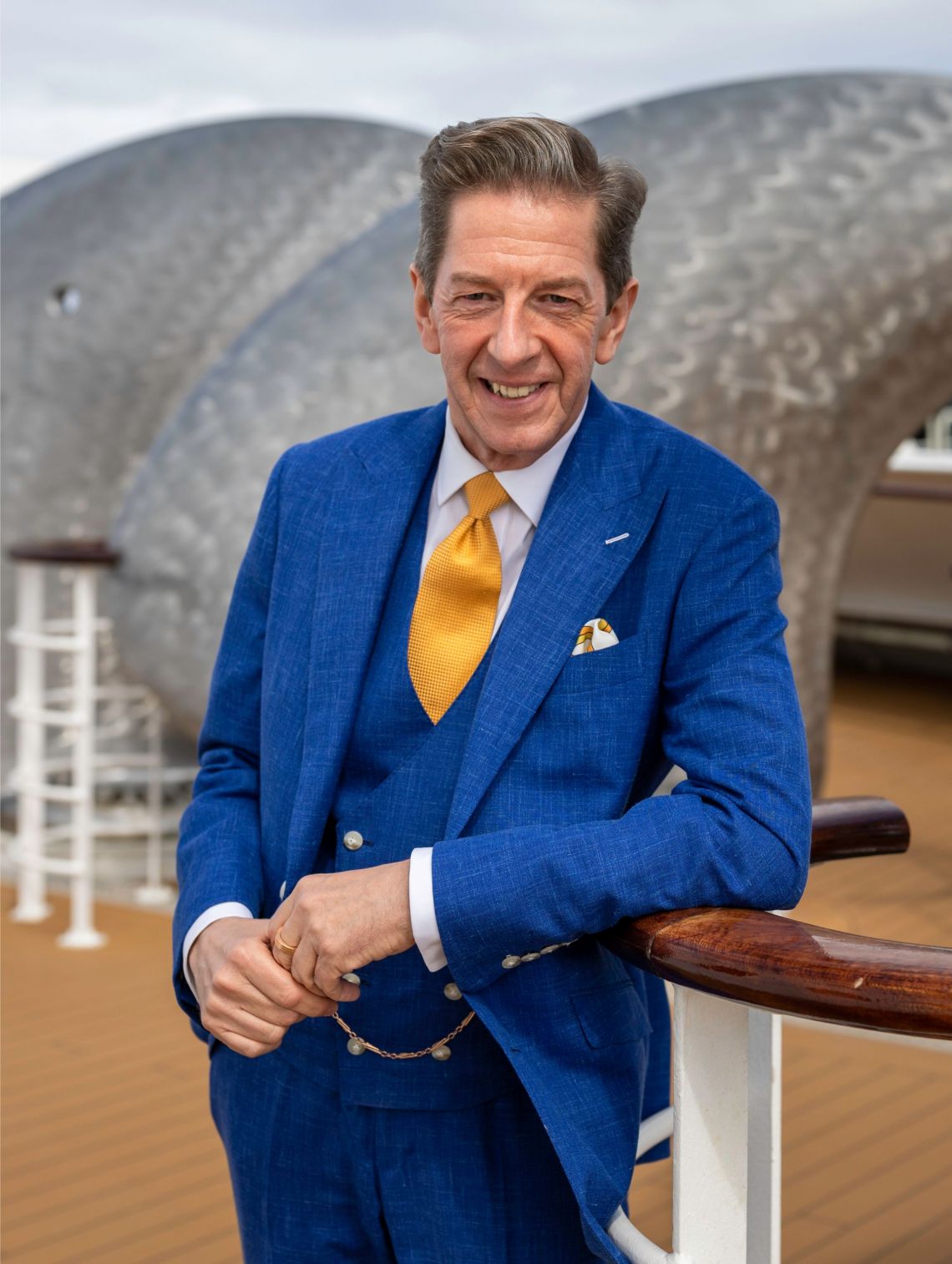 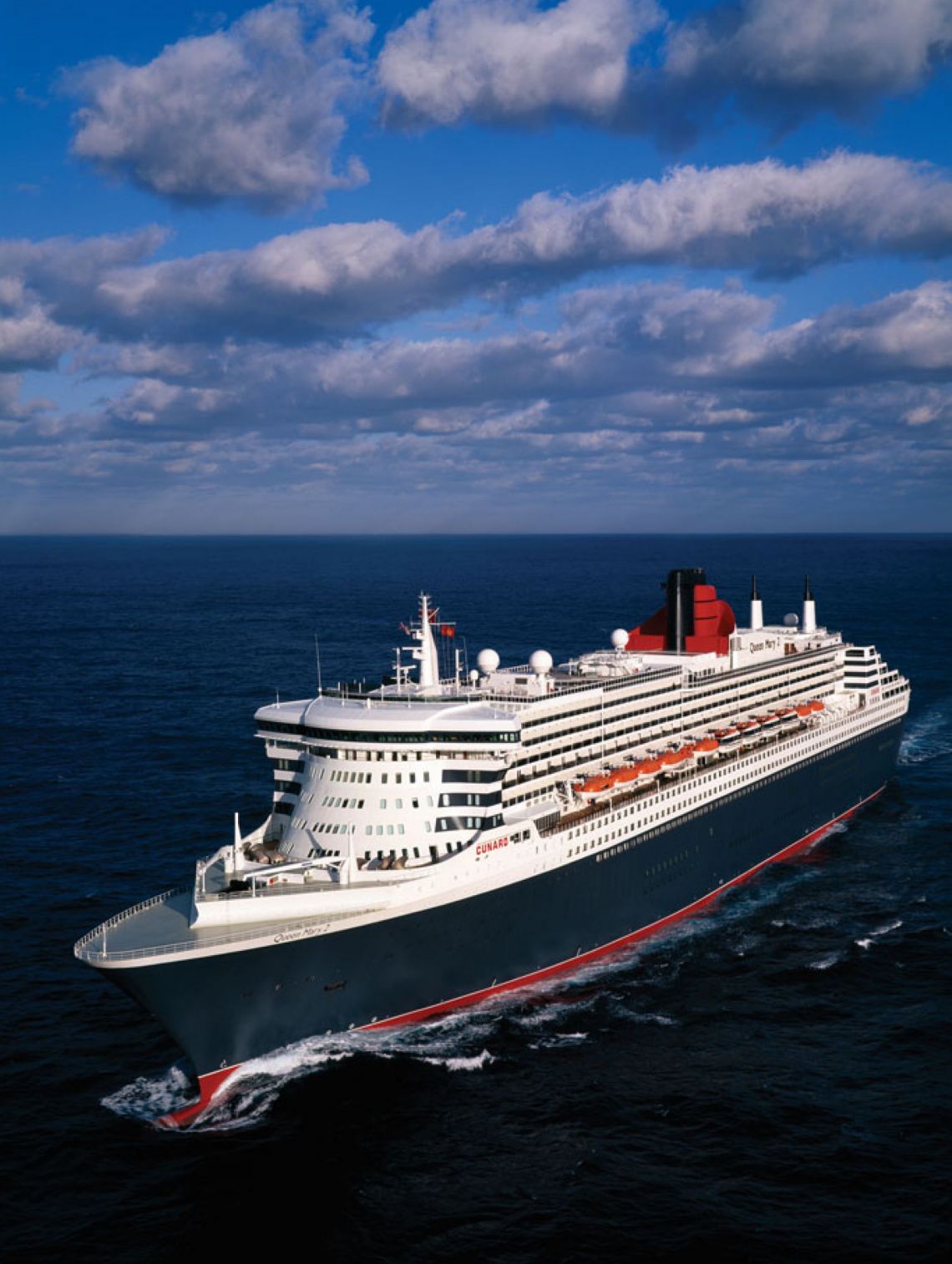 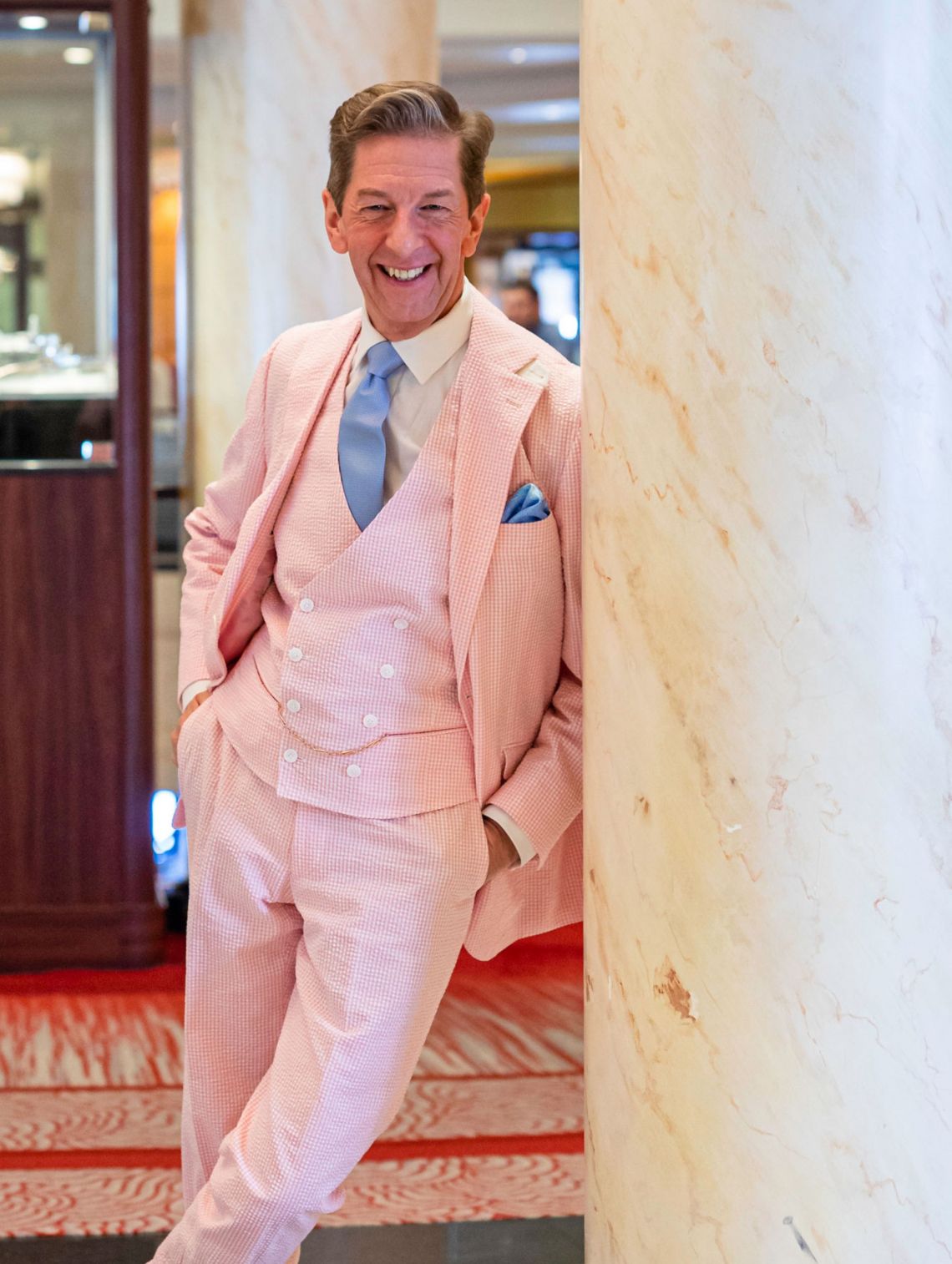